Premium Frame Made in Fukui/Sabae

Welcome to Sabae, a city obsessed with glasses. Walk down the street, and you’ll soon notice that an unusually high number of residents sport an especially stylish pair of specs.
It’s no coincidence: While its population stands only 70,000 strong, this small, picturesque locality in Western Japan is the source of over 90% of the eyeglass frames produced in Japan.

As many as 300 companies related to the eyeglass industry make their home in Sabae: not only frame makers, but materials companies, machine manufacturers, lens casters, sunglass makers,
hardware companies and designers. With more than 250 processes involved in making a single pair of glasses, there’s much to be done—and the professionals here have the experience and passion to do it.
Sabae knows glasses, and it’s known them a long time. It’s time to find out why.

Sabae glasses makers were the first in the world to spot the high-grade titanium used in NASA technology and realize its potential application to glasses frames.
In fact, Sabae glasses were the first titanium-based products ever to be available for public consumption.
Light, strong, durable and rust-resistant, titanium has the added benefit of being low in allergens, meaning it’s even commonly used in surgeries to replace human bones.

But working with titanium requires an immaculate level of skill. The raw titanium used in frame production is procured in rods called billets,
which are then shaved down in a process known as drawing. This requires a significant amount of planning during the production process, as beta titanium,
the most commonly used alloy for glasses, loses its elasticity once it has been drawn—meaning once the form has been fixed, it can no longer be changed, as forceful hammering or bending may cause it to break.
In fact, while titanium is both hard and light, its normal high elasticity is part of what makes it so difficult to form into glasses frames.

Rolling is a process of using compressive forces, via rolls, to reduce the cross-sectional area of a piece of titanium. However,
while this process is normally incapable of also widening the titanium, Sabae metalworkers have found a way to do exactly that.
Using their hard-won expertise and the application of leading-edge machinery originally designed for the automotive industry, they can even shape their final titanium product to an accuracy of 50 microns.

Titanium is inherently spongy, meaning in spite of its strength, the material has tiny pinholes. Applying heat to it can easily result in surface irregularities and a loss of elasticity.
For this reason, Sabae has come to excel at cold press forming, a process that ensures every frame exhibits the beautiful radiance of a finely finished surface.

Engineers in Sabae have now even found ways to step above titanium.
Originally developed by Toyota for use in automobile suspensions, the premium titanium alloy Gummetal is finding its place in fields such as medical equipment, artificial bones and sporting equipment—and eyeglasses.
Sabae glasses makers have already developed techniques for working Gummetal into springy, flexible frames that sit lightly on the face,
reducing the pressure on the wearer’s nose and ears—at a material cost 10 times that of regular titanium. In fact,
Sabae metalworkers are experienced in manipulating five different alloys of titanium—the only place in the world with this capability.

Glasses most often begin to break from their weld points, and joining titanium is a process fraught with challenges. A temperature of 1,000°C (1,832°F) is required to weld it,
but since the quality of the metal can be compromised by exposing it to such extreme temperatures,
glasses frames must be constructed with as few connection points as possible—a design strategy that is unique to Sabae.

Sabae’s expert laser welding technology allows for clean and precise joins between various frame components,
and laser welding has the particular benefit of being able to form very strong bonds between large and small parts.
Sabae also excels at weld joint preparation: while most makers will only weld one side of a joint, Sabae makers will weld both sides, eliminating any possibility that the two pieces will separate.

Beyond welding, Sabae is also the originator of the Long Lock Screw. Nylon is inserted in a groove on the outside of the body of each screw, and when it is turned into place,
the nylon deforms to create a wedge that prevents it from loosening. These reliable screws have long been provided to Italian frame-maker Luxottica, the world’s largest eyewear company.

But titanium, though popular, is not the only game in town. Luxury glasses made from rare metals such as 18-karat gold,
silver or platinum are also prepared in Sabae, as are designs formed from more traditional materials such as bamboo.
Local artisans can even create frames combining plastic and metal components without the usual fear of warping. And while Europe’s dry climate means rust is seldom a concern,
Asia’s high humidity makes rust-proofing a premium capability—and it is naturally one of Sabae’s specialties.

You’ll also find acetate—which is stronger than regular plastic, better withstands high temperatures and,
being made from wood pulp, is kinder to the skin. Sabae craftspeople start with a curved acetate plate from which the frame fronts are carved,
allowing them to fit snugly to the wearer’s face and achieve the balance that’s so crucial to a comfortable pair of glasses.
The curve of the frame is also vital to ensuring a perfect fit for the lenses themselves: Poorly curved frames can lead to problems fitting lenses at retailers, potentially resulting in damage to both the lenses and the frame.

Japan has some of the most advanced eyeglass technology in the world, with Sabae’s leading-edge processing machines enabling four-axis and even five-axis machining.
But in spite of their technological capability, the glasses makers in Sabae believe that a superior product is the result of more than merely machines, materials and technology.

Why? Because you can’t you just leave all the work to a machine.
A vast number of in-the-moment judgments must always be made during the production of a pair of glasses.
Even using the same machine with ostensibly the same material, it must be manually controlled to reach its optimum precision.

This is particularly true in terms of surface finish, where the level of control required is unlike anything found in any other industry.
The properties of the frame material can be altered by minute differences in air temperature,
requiring on-the-spot adjustments that only a dedicated craftsperson with a lifetime of experience can achieve—and Sabae professionals can often not only trace their experience back decades, but generations.

Even Sabae’s lenses are a cut above the rest.
By casting 40-micron film sandwiched between layers of prescription glass, Sabae craftspeople are able to create lenses that are not only polarized, but also prescription and progressive.
While such film can be produced almost anywhere in the world, placing it between the glass without warping requires an impeccable level of skill.
And while UV absorbers are normally a yellow shade, only Sabae has the technology to turn them clear.

A pair of eyeglasses is intimately interconnected with your life: it allows you to see, to create, to read, write, work and identify the faces of your loved ones.
A pair of glasses is a prominent aesthetic statement given pride of place in the center of your face.

Sabae’s artisans know that glasses should not only be sturdy, functional, long-lasting products of the highest technology, but also appealing, beautiful, and a joy to wear.
That’s why they’ve developed glasses that are so light they won’t leave marks or strain your face, hinges that bend in both directions and don’t loosen even after 20,000 articulations,
and thin, polarized prescription lenses that cut 99% of glare along with harmful UV rays. They also got a step beyond the quick-and-dirty spray coating process commonly used by other manufacturers,
preferring the more laborious ion plating process, which results in the application of a smooth, hard, nickel surface to the titanium frame that allows the application of high polish,
lustrous color and intricate designs while providing a durable finish that’s resistance to scratches, dents, rust and peeling.

In fact, Sabae makers have more than 10,000 surface processing techniques at their disposal—and by combining such processes as plating with laser processing,
or plating and coating processes, the city still innovates as many as 10 new surfacing techniques every year. For example,
while gold and copper alloys are most popular for plating produced overseas, these materials have the problem of discoloration.
So despite the expense, Sabae uses gold and palladium alloys for plating its frames.

The Choice for Global Brands & Connoisseurs

Think of any high-end glasses brand around the world, and there’s a good chance they were made in Sabae.
The majority of the glasses made here are produced as OEM, trusted by international luxury brands because of their high level of quality, safety and accountability.

In addition to OEM products, Sabae companies also make their own brands of glasses,
appreciated by eyeglass aficionados around the world who understand that their choice of specs stands as the unique mark of their personal brand.

The concentrated, tightly knit nature of the eyeglass industry in Sabae allows for close communication between related companies at every step of the manufacturing process.
The city’s experienced craftspeople have longstanding relationships that stretch back generations: machine manufacturers work hand in hand with materials companies, hardware makers and designers,
with the close proximity of key actors meaning artisans can easily offer feedback up and down the line, with adjustments and refinements possible almost in real time.

Glasses makers in Sabae are interested not only in big technological leaps,
but also in those incremental improvements that might seem small as they stand alone, but add up to a distinctively superior product.

It may take as long as three hours to apply ion plating to just 40 pairs of glasses, but the finished products boast incomparable durability.
Creating a pair of acetate frames from a curved plate rather than a flat one may be a more complex process, but results in a pair of glasses that more precisely fits the face.
Even rigorous testing for skin abrasion and sweat inducement takes time and effort—but the end result is stronger, more durable, longer-lasting eyeglasses.

Through tireless innovation and studied attention to the finest detail,
the glasses makers of Sabae are continuously striving toward the ultimate expression of their craft. Their expertise has been recognized by connoisseurs and top brands the world over.
It’s time to see what the fuss is about. 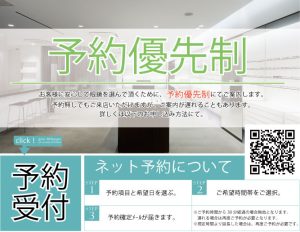